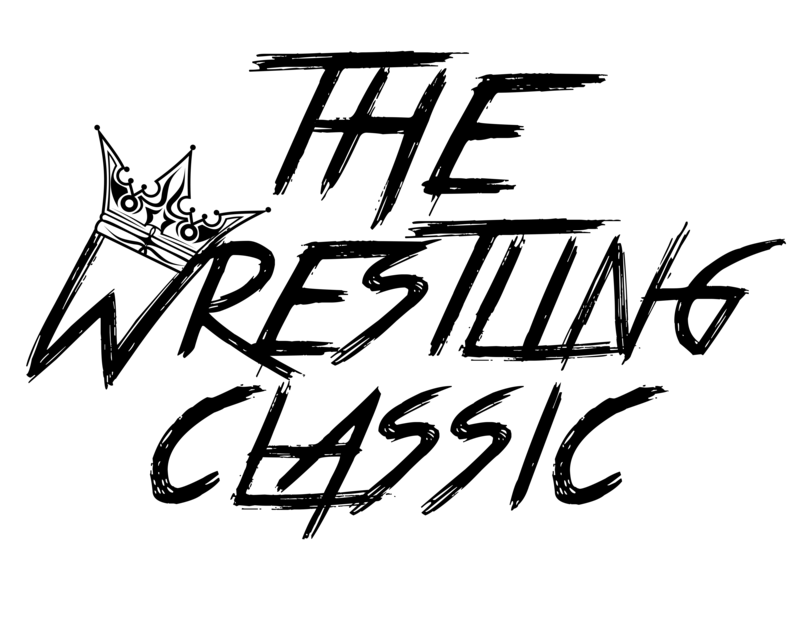 Jordan Reviews New Japan Cup 2017: What to Watch & What to Skip

Katsuyori Shibata vs. Tomohiro Ishii from 3/19

This was fucking incredible. The two toughest motherfuckers in New Japan killing each other. The brutal forearm and chop exchanges were amazing. These two have awesome chemistry and I loved every minute of it. I LOVED it when they both sat down in the middle of the ring and chopped the shit out of each other. The finish kept Ishii strong and made Shibata look really good. This should’ve been the finals match but it’s whatever. Ishii was easily the MVP of this tournament. Go out of your way to see this.

Tomohiro Ishii vs. SANADA from 3/17

This fucking match. You wanna talk about competitive matches, this was counter after counter after counter from the moment it started and I was loving it. There really weren’t any dead points in the match, it was going full force pretty much the whole way through. Ishii is incredible and this was one of SANADA’s best performances in NJPW. The crowd was freaking out over this match, especially in the last 5 minutes and so was I. Really damn good match, well worth the watch.

Kenny Omega vs. Tomohiro Ishii from 3/12

This match was all sorts of awesome. Since it was half an hour long it may have started a bit slow but once it picked up boy it picked up. These two brutalized each other and put on one hell of a show. Lots of great near falls, a nasty Last Ride a pop-up german, and some brutal lariats from Ishii and Omega delivered with vicious knee strikes, a reverse hurricanrana, moonsault, the typical awesome Kenny stuff. I don’t wanna give too much away as I want you to watch this but boy oh boy, kudos to both guys. Shocking finish too. This match kicked ass.

Katsuyori Shibata vs. Minoru Suzuki from 3/12

You have to like this style to enjoy this match, this style being hard hitting strong style. It wasn’t balls to the wall fun but if you wanna see two ass kicking machines beat the fuck out of each other then this is a match for you. Shibata is an early front runner for wrestler of the year and Suzuki is no fucking slouch. These two men were so stiff which to me is fun to watch. Trading vicious forearms that if I got hit with just one I’d be done for but these men fought through it. The finishing stretch was really good too. Not a must-watch like I was hoping it would be but you should check this out.

Hiroshi Tanahashi vs. EVIL from 3/11

This was a very good, main event match. The only worthwhile match from the first day. EVIL proved he could hang in a main event match. Tana showed an aggressive side by using the steel chair and even shoving red shoes. Started off slow but it became a highly competitive encounter that I was loving watching. The only main thing that hurt this were the ref bumps, there were like 3 and that’s too much for me. Other than that, the wrestling was great. Awesome match. Glad to see EVIL get a big win like that.

Watch if you’ve got time:

This was everything it could’ve been. Fale isn’t capable of doing much better but this did its job of making Shibata look great by beating a big guy. It wasn’t an outstanding match but the dynamic was good and this was one of the best Fale performances I’ve seen. It’s worth watching for the fact that it’s the finals of the tournament and it told a pretty good story.

Katsuyori Shibata vs. Juice Robinson from 3/15

This was a solid match, nothing to write home about but it was one of the better Juice Robinson showings this year. It could’ve stood to go on a little longer or at least the pace could’ve picked up quicker. I’d put this last on your list to watch if you have time though. Not knocking on the match but I feel the other matches in this category are more worth the watch than this one is.

Really enjoyed this one. Another competitive encounter that was extremely fun to watch. The back and forth in the last 5 minutes or so was so well done and the finisher teases were great. A couple solid near falls in there as well. I wouldn’t say this is a match that you NEED to see but it was well worth my time to watch so if you’ve got time definitely use it to watch this one. This match was hurt a bit for me from something the wrestlers couldn’t control though and that was this match was strictly filmed on the hard cam as it was a house show match but still apart of the Cup.

This is one of those fun matches that you would get in G1 where you’re like “kudos to those guys for stepping up in a match that didn’t involve a bigger name”. I’ve really been enjoying YOSHI-HASHI over the past 9 months and SANADA has had a pretty good run in New Japan. They worked a nonstop pace, very fun, lots of counters especially HASHI countering the Skull End on multiple occasions which was enjoyable. The submission stuff near the end is what totally sold me on this one. Just an enjoyable encounter that was above average but not insane which is why you should watch it if you have time for it.

This match was about as good as it could be, which isn’t outstanding but isn’t bad. EVIL had a great showing here, even somewhat playing the face role at points since this was a heel vs. heel bout. It was nice to see Fale reverse the chair spot EVIL does in every match. The middle of this was pretty slow and plodding as almost every Fale match is but it wrapped up nicely even though the worse guy won, but it makes sense.

I already knew going in that there was absolutely no way I would like this. This was a Toru Yano match but one that was way too long. I’ll give it the fact that it was more entertaining than Fale/Elgin but it wasn’t good. The only part I found at all amusing was Yano tying Fale’s hand in the barricade and Fale fucking yanking the shit out of it to get back into the ring but still be tied onto it. The finish also came very shortly after that happened. This failed to be anything worth watching as expected.

Juice Robinson vs. Yujiro Takahashi from 3/12

I shouldn’t even have to tell you to skip this. It’s a Yujiro Takahashi singles match, you should know better not to watch this. It wasn’t even that bad as Juice was stepping up but Yujiro can’t even handle a 6 minute opening singles match let alone what’s supposed to be a decently big singles match. He seemed like he didn’t know how to carry this to the next level which is why it never reached the next level. I give Juice a lot of crap but he stepped up here to not make this match complete garbage, but no sense in watching this.

Skip this at all costs. This was garbage. Does Tanga Roa just have no idea how to work a singles match? This sure made it look like it. There was no flow, it was just “oh there’s a move” and then “well he kicked out”. All I’ll give this match is my homie Nagata was working his ass off to try and make this something but even he couldn’t pull much of anything out of Roa. Literally the only reason this wasn’t a DUD is because Nagata wasn’t slouching. Keep Roa away from G1. Fuck, keep him away from singles matches in general.

This was a Toru Yano match. If you’ve seen one Yano match you’ve seen every Yano match. This was absolutely nothing special. Usual Yano shenanigans. This actually involve Tonga chasing Yano near the beginning. Nothing to even talk about here, it was that uneventful. No point in wasting 4 minutes to watch this unless you’re amused by Yano’s schtick.

It sucks that Elgin was in a skippable match as he didn’t have to be. This was slow, never got going, and honestly nearly put me to sleep. Bad Luck Fale isn’t even bad, he’s just limited and boring. He did not need to win here. The whole match was just lifeless and the finish totally fell flat. No substance, not enjoyable, and the wrong guy won. The only reason this got 1 star is because it was at least better than Nagata/Roa.