The Squared Circle DNA Show – The Start of the Attitude Era 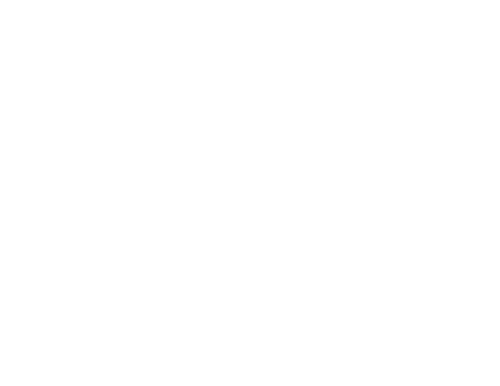 Hello Misfits. It is time for this weeks Smackdown Live review. It is the fall-out episode from Backlash and considering how Raw went the night before, we’re in full Money in the Bank mode. Qualifying matches for the matches have begun and everyone on the roster is excited to possibly get the opportunity to win the Money in the Bank briefcase which guarantees them a championship title shot whenever they want. Also we’ll find out what is next for Charlotte Flair after losing clean to Carmella at Backlash? Will there be continuation in the Uso/Bludgeon Brother feud? Will the Bar and New Day continue to get on each others nerves? What will happen next for AJ Styles and Shinsuke Nakamura after another match ends in a no contest? Will Daniel Bryan look for retribution on Big Cass? How will Samoa Joe make an impact on Smackdown Live after a loss to Roman Reigns? Lets find out.

Smackdown comes to us live from the Royal Farms Arena in Baltimore, Maryland.

–  Tom Phillips, Byron Saxton and Corey Graves are on commentary.

Paige
Paige comes out to kick off the show. Paige runs down all the happenings at WWE Backlash. Paige says she had no idea that the No DQ stipulation wouldn’t be enough to get us a decisive winner in the Shinsuke Nakamura and AJ Styles match. Paige adds that with the next cobranded PPV right around the corner, which is Money in the Bank and that Smackdown Live needs the best of the best to represent for both the men and women division. The first Smackdown Live Money in the Bank qualifier match starts right now
Opinion
This was a decent way to open to show and also reminds everyone that Paige is our GM. Paige looked great and it set the tone for the rest of the show.

Money in the Bank Qualifying Match
The Miz def. Jeff Hardy
In an awesome MITB qualifying match The Miz defeated Jeff Hardy after reacting to a Swanton Bomb with a slick pin fall counter.
Opinion
This was a great match and The Miz has been on a roll. Jeff Hardy is the US Champion and I’d rather he defend his championship at MITB than be in the ladder match. I know the concept of Jeff Hardy not being in a ladder match seems like a bummer but The Miz totally deserved this spot.

– Backstage, Renee Young is with Shinsuke Nakamura. Renee asks Nakamura if he is done with AJ Styles. Nakamura says no speak english and tries to walk away. Renee says we all know he speaks English because we have heard him speak it before. Nakamura says he used to know how to speak English but he forgot. Renee asks Nakamura if there is anything he would like to say to Styles before he forgets how to speak English again, Nakamura says Styles is nuts but so is he. They are NOT finished.

– Backstage, Carmella says she beat Charlotte Flair and now it’s time to party. Carmella says next week on in London England she is going to throw a ROYAL MELLABRATION that nobody in the Royal family or the Flair family is invited to. HELL TO THE YEAH!

Money in the Bank Qualifying Match
Charlotte Flair def. Peyton Royce w/ Billie Kay
Peyton Royce and Billie Kay cut a promo before the match on Charlotte making fun of her losing this past Sunday and hyping the MITB.
In a solid match between two talented women Charlotte defeated Peyton Royce to qualify for the Money in the Bank.
Opinion
This was a solid match and these two worked well together. I’d love to see them work together again in the future. Its unfortunate that Peyton won’t be involved in the match but I’m sure if Billie gets in, there will be some Peyton involvement. Now with Charlotte being involved in the Money in the Bank match. it makes me curious is Carmella will be defending her championship at MITB and against who.

– Backstage, Daniel Bryan says Big Cass attacked him because last time they were in the ring he made Cass tap out. Bryan says he is going to win MITB and continue to prove the bigger they are the harder they tap.

Cesaro w/ Sheamus def. Xavier Woods w/ The New Day
In another really good match Cesaro defeated Xavier Woods after catching him with an European Uppercut in midair as Woods goes for rope walk elbow.
Opinion
This was another really good match on this weeks episode of Smackdown. The superstar shake-up continues to make things feel fresh on Smackdown Live even if they are revisiting old rivalries. I know we’ve seen The Bar and The New Day feud before but I’m enjoying this just as much as the first time.

– Backstage, Renee is with Styles. Renee tells Styles that Nakamura says he isn’t done with Styles yet. Styles says he knows he stooped to Nakamura’s level Sunday. If Nakamura has the guts to step back in the ring with him Styles with show Nakamura that this is the house that AJ Styles built.

– Backstage, the Bludgeon Brothers say they have their own set of toys and ask if we will come play with them before smashing the camera with their hammers.’

Mandy Rose def. Becky Lynch
Before the match, Paige asks Deville if she plans to go to the ring with Rose. Deville says just because Absolution is dead doesn’t mean they won’t still have each other’s back. Paige tells Deville that she is barred from ringside. Interesting to see Paige not giving special treatment to her two former Absolution comrades.
In a quick match Mandy Rose defeated Becky Lynch with a roll up picking up the surprising upset victory.
Opinion
I found it really interesting that Paige barred Sonya from ringside as I thought their relationship with Paige would have been totally different on Smackdown Live since their connection as Absolution. This was really Mandy Rose’s coming out party. Everything was about her solely tonight. They did some dreamy blurry graphics during Mandy’s entrance which Graves was hilarious on commentary for. I wonder what this means for Becky Lynch.

Money in the Bank Qualifying Match
Rusev def. Daniel Bryan
In an awesome back and fourth main event, Rusev defeated Daniel Bryan to qualify for the MITB match after hitting matchka kick.
Opinion
WHAT! It must be Rusev Day as Rusev hands Daniel Bryan his first big loss since returning to the ring. Rusev beat Daniel Bryan clean. This was huge for Rusev. Once again they made Rusev still look strong throughout this match but I thought they were just protecting him again and didn’t think he was actually going to win. This is awesome and I strongly believe Rusev is a strong contender to be the next Mr. MITB.
As for Daniel Bryan, this day had to eventually come and I’m glad it was to put Rusev over. I expect Bryan to face Cass again at MITB so it made sense that he didn’t win here. Although the way the show went off the air with Bryan looking devastated could be a sign of things to come possibly…

Final Thoughts
Once again Smackdown knocks it out of the park with an enjoyable show that really didn’t have any dull moments. Every match with maybe excluding Mandy Rose vs Becky Lynch was a quality match. The particular match thought was the coming out party for a new star in Mandy Rose though. There were people missing this week but as per usual it’s hard to get everyone on the card in a 2 hour show. On that note, it was also announced that Almas along with Zelina Vega will be making their debut next week on Smackdown Live. I’m really looking forward to that. If you didn’t catch Smackdown tonight, I’d recommend you check it out. It still feels fresh and fun. The fact that it’s just two hours and I was entertained the entire time made it fly by. Great episode for the blue brand.
Rating – 7/10